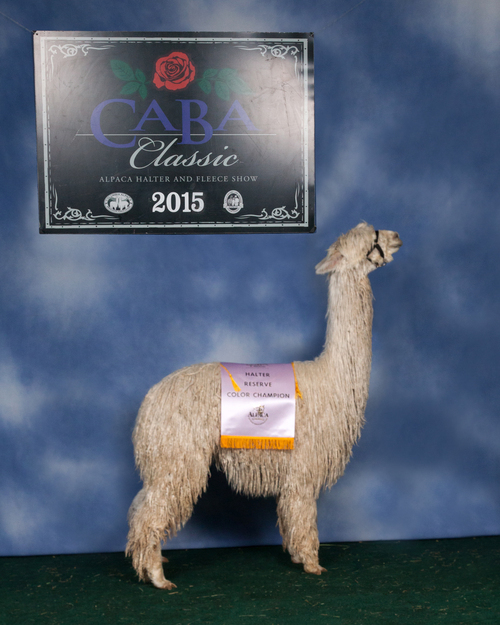 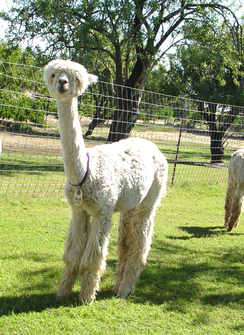 Killowat is a KNOCKOUT! 3x making taking the banner including Reserve at CABA 2015 just behind a stunning male from BuzzHumm YEAH KILOWATT.. but it takes more than banners to be a herdsire.. it takes:

Ancestral performance
His sire Accoyo Chaska is a 9 time champion with his progeny collecting over 30 banners in their own right. He has sired IAO Supreme Champions in both Halter AND Fleece and won the coveted IAO Supreme Fleece Champion himself with his 3rd fleece.
His dam Cala Lily has a lovely VERY consistent fleece with her SD still under 5 at 5 years of age, which for suris is REALLY GOOD. And she is throwing that in her offspring, so we expect that to be a dominate trait for Kilowatt. His full brother Powerline had the rolling skin as a cria all the way into his belly, we expect wonderful density from him. Kilowatt had the same rolling skin as a cria also.

What the judges said:
Sharon Loner at the AFW AND California Classic show this year raved on the consistency of his fleece and how clear it was that it was in natural pasture condition, but still opened to the skin with dense lustrous locks. She awarded him the Championship both times. Wade Gease at CABA this year was very admiring of his consistency and awarded him the Reserve Champion banner against some stuff competition. 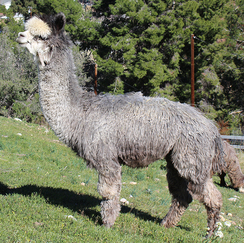 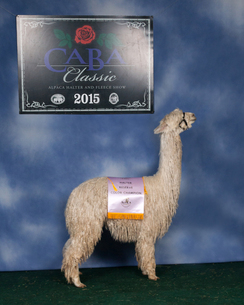 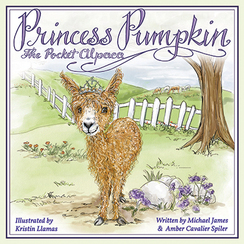 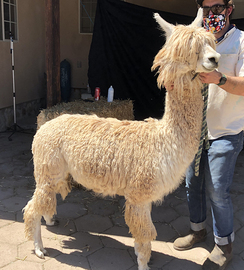